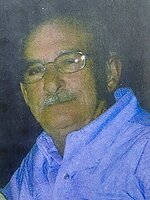 Philip Roger Kmyta November 25, 1945 – July 30, 2022 We are incredibly saddened to announce the passing of Philip Roger Kmyta, on Saturday, July 31, 2022, at the age of 76 years. Philip was born in Edmonton, Alberta. He grew upon a farm off the Tomahawk highway for 10 years, then moved to a farm 9 miles north of Drayton Valley. He was a hard worker, was caring and forgiving. He could also be demanding. His sense of humor was unforgettable. He married his wife Judy in 1980. Philip will be thoughtfully remembered by his sister Marion (Rick) and his brother David. And many nieces and nephews. Philip was predeceased by his wife Judy, parents Mike and Mary. His brothers and their spouses, Duane Jean), Bob (Shirley), and Alex (Jeanie). A graveside service will be held at Rocky Rapids Cemetery on Saturday August 20, 2022, at 2:00 p.m. A gathering will follow at Marion and Rick’s in Country Style mobile home park. In lieu of flowers, memorial donations can be made in Philip’s name and can go directly to STARS Air Ambulance 1441 Aviation Park NE, Box 570 Calgary, AB T2E 8M7 Condolences may be sent to www.affinityfuneralservice.ca Arrangements in care of Dwayne Henley at: Affinity Funeral Service 5001 – 45 Avenue, Drayton Valley, Alberta T7A 1L1 780.542.3338