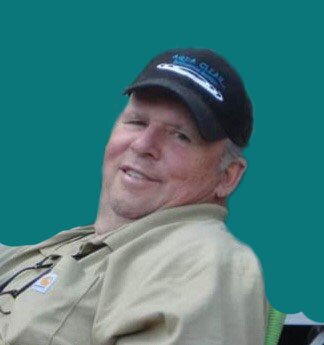 Please share a memory of Victor to include in a keepsake book for family and friends.
View Tribute Book
The family of Victor Henri Goudreau are saddened to announce his passing on Sunday, August 14, 2022, at the age of 78 years. Victor was born in Beaumont, Alberta where he met and married his loving wife Marjorie of 53 years. Victor was known as a real hard worker, he was dedicated and determined in everything he did. Victor was an entrepreneur, moving to Whitecourt in 1969 he proudly owned one of the first general stores, eventually starting a successful career in Environmental Services working side by side with multiple family members. Victor took great pride in his family and attending family gatherings. You would often find him sitting back and taking it all in as these moments were near to his heart. Often being the last one to leave, he enjoyed visiting and giving advice to family and friends. Victor had an open-door policy; he helped others and was known as the man who would pick up people who needed it and take them to work. It wasn’t often you would find him relaxing as his purpose in life was caring for his family and providing for them. When Victor did take time to relax, he appreciated being near the water, from oceans to rivers and lakes. Victor will forever be missed and remembered by his devoted wife Marjorie; children, Cheri (Danny) Goudreau, Nicole (Willie) Brown and Trent (Alisha) Goudreau; grandchildren Michael, Troy, Alayssia (Michael), Jordan (Jessica), Larry(Mallory) , Tyler (Autumn), Blake, Kaden and Brady; great-grandchildren Drayden, Sylar, Abby, Zoey and baby Drews; siblings, Ramone (Ed) Boyachuk, Gloria (Morris) Francoeur, Louise (Alex) Lubchynski, Henry (Betty) Goudreau, Guy (Kelly) Goudreau, Gene (Bonnie) Goudreau, Tom Goudreau as well as extended family and life-long friends. Victor was predeceased by his parents Louis and Aline Goudreau. Victor’s family wish to give gratitude to Associated Ambulance as well as all their family and friends for the huge support received during this difficult time. As per the families wishes, a celebration of Victor’s life will be held at a later date. Condolences may be sent to www.affinityfuneralservice.ca Arrangements in care of Dwayne Henley at: Affinity Funeral Service Unit 1 4105-41st Avenue, Whitecourt, Alberta 780.778.3330
To plant a beautiful memorial tree in memory of Victor Goudreau, please visit our Tree Store

Look inside to read what others have shared
Family and friends are coming together online to create a special keepsake. Every memory left on the online obituary will be automatically included in this book.
View Tribute Book
Services for Victor Goudreau
There are no events scheduled. You can still show your support by planting a tree in memory of Victor Goudreau.
Plant a tree in memory of Victor
Share Your Memory of
Victor
Upload Your Memory View All Memories
Be the first to upload a memory!
Share A Memory
Plant a Tree