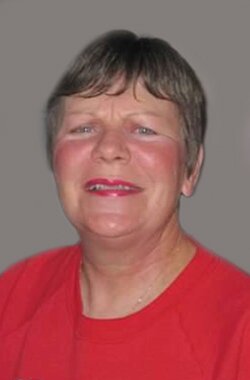 Please share a memory of Janet to include in a keepsake book for family and friends.
View Tribute Book
Janet Joeanne Sissons January 21, 1954 – August 11, 2022 The family is profoundly saddened to announce the passing of their Mom, Daughter, Grandma, and Friend Janet Joeanne Sissons at the University of Alberta Hospital on Wednesday August 11, 2022 at the age of 68 years. Janet’s memory will be cherished by her loving Daughter, Sandy (Ryan) Woloszyn; beloved Granddaughters, Reece and Amalie Woloszyn; her Mother, Natalie Bootsma; Busch and Battenfelder families from Barrhead; Dale (Margaret) Rendflesh of Drayton Valley; Charlene, Dallyn and Grace Bootsma; Sean and Chris (Kathy) Sissons of Ontario; Pat and Ruth Sissons and family from Ontario and friend, Arlene Catt; Pastor Marshall and Members of the Emmaus Lutheran Church, Drayton Valley. Janet was predeceased by her Husband, Bill Sissons; infant son, Billy-Joe; brothers, Allan and Les and her father, John Bootsma. The family would like to thank the kind and caring Doctors and Nurses at the Mazankowski Heart Institute, Deb Bowers of STARS Air Ambulance, the staff at Points West Living in Drayton Valley and Dr. Mathrani. In lieu of flowers, a memorial donation in Janet’s name can be directly made to STARS Air Ambulance, 1441 Aviation Park NE, Calgary, AB T2E 8M7 or to FAARS Drayton Valley. Condolences may be sent to www.affinityfuneralservice.ca Arrangements in care of Dwayne Henley at: Affinity Funeral Service 5001 – 45 Avenue, Drayton Valley, Alberta T7A 1L1, 780.542.3338
To send flowers to the family or plant a tree in memory of Janet Sissons, please visit Tribute Store
Online Memory & Photo Sharing Event
Online Event
About this Event

Look inside to read what others have shared
Family and friends are coming together online to create a special keepsake. Every memory left on the online obituary will be automatically included in this book.
View Tribute Book
Services for Janet Sissons
There are no events scheduled. You can still show your support by sending flowers directly to the family, or planting a memorial tree in memory of Janet Sissons.
Visit the Tribute Store
Share Your Memory of
Janet
Upload Your Memory View All Memories
Be the first to upload a memory!
Share A Memory
Send Flowers