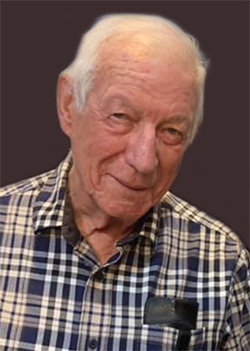 Please share a memory of Lawrence to include in a keepsake book for family and friends.
View Tribute Book
Lawrence Payne August 5, 1936 - October 22, 2022 It is with profound sadness and broken hearts that the family of the late Lawrence Payne announce his passing, at the age of 86 years. Lawrence was affectionately known as a husband, Dad, Pop and Big Pop. He leaves to mourn with fond and loving memories his wife of 58 years, Sarah; his sons, Larry, Corey (Andrea) and daughter, Jennifer (Phil); grandchildren: Brianna (Danny), Noelle (Rob), Laura, Lance, Emily and Noah and his great grandchildren: Ben, and Weiler. He also leaves to mourn his sister, Bertha, and a large circle of family and friends including a sister in law, Lucy; nieces, and nephews. He was predeceased by his daughter, Angela; father and mother, Guy and Cora; siblings Eric, Philip, Richard, and Alice; and brothers in law, Donald, and Kenneth. He began fishing at the age of 14, to provide for the family, and then continued to fish while also working for the Department of Highways in the winter, and continued until he retired. In his later years, he found immense joy in having his family nearby. He was a man with a big heart who loved to spend his time watching the boats in the harbour, playing a good game of cards or Checkers, and playing his guitar. He always was up for a good old yarn with family and friends with a smile to warm the room. He was an exceptional man who will be greatly missed by all who had the pleasure to know him. The family would also like to extend a warm thank you for the compassion and care from the homecare workers, and the staff at Drayton Valley Hospital. In keeping with Lawrence’s wishes, cremation will take place and a graveside service will be held at a later date.
To send flowers to the family or plant a tree in memory of Lawrence Payne, please visit Tribute Store
Online Memory & Photo Sharing Event
Online Event
About this Event

Look inside to read what others have shared
Family and friends are coming together online to create a special keepsake. Every memory left on the online obituary will be automatically included in this book.
View Tribute Book
Services for Lawrence Payne
There are no events scheduled. You can still show your support by sending flowers directly to the family, or planting a memorial tree in memory of Lawrence Payne.
Visit the Tribute Store
Share Your Memory of
Lawrence
Upload Your Memory View All Memories
Be the first to upload a memory!
Share A Memory
Send Flowers