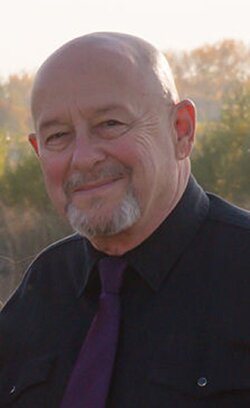 Please share a memory of Charles "Chuck" to include in a keepsake book for family and friends.
View Tribute Book
Charles Edward Cobb January 16, 1952 – November 10, 2022 It is with great sadness that we announce the death of our beloved father Charles (Chuck) Edward Cobb. He was taken away from us suddenly on November 10th 2022 at the age of 70 years. Chuck leaves behind his three children, Angie (Don), Trevor (Tracy), and Pamela; his five grandsons, Cole (Breanna), Jackson (Kendra), Jordan (Kris), Nicholas and Cash; his 3 great-grandsons, Carson, Wesley and Levi. He also leaves behind sister, Joanne (Miller Jim); sister in-law, Ann (Walter); brothers, Jim (Karen), Derrick, Mike and Ron and the mother of his children and friend for 50 years, Jo-Anne Thompson. He will be greatly missed by his many nieces, nephews, great-nieces and great-nephews. Chuck was predeceased by his mother, Hannah Walters (Stone); father, Joseph Cobb and eldest brother, Walter. Chuck was born in British Columbia and moved to Ontario as a child. He settled in Port Dover in his teen years, then raised his young family in the Norfolk area until the late 70’s, eventually becoming a long-time resident of Brantford. He lived his last years in Alberta to be closer to his western family. As per Chuck's wishes there will be no formal funeral services. The family asks that if you'd like to honour his life, you can make a donation in his name to the Canadian Diabetes Association. May the love of those gone before keep you till we meet again. Condolences may be sent or viewed by visiting www.affinityfuneralservice.ca Arrangements in care of: Joelle Valliere at Affinity Funeral Service 5001 – 45 Avenue Drayton Valley, Alberta T7A 1L1 780.542.3338
To send flowers to the family or plant a tree in memory of Charles "Chuck" Cobb, please visit Tribute Store
Online Memory & Photo Sharing Event
Online Event
About this Event

Look inside to read what others have shared
Family and friends are coming together online to create a special keepsake. Every memory left on the online obituary will be automatically included in this book.
View Tribute Book
Services for Charles "Chuck" Cobb
There are no events scheduled. You can still show your support by sending flowers directly to the family, or planting a memorial tree in memory of Charles "Chuck" Cobb.
Visit the Tribute Store
Share Your Memory of
Charles "Chuck"
Upload Your Memory View All Memories
Be the first to upload a memory!
Share A Memory
Send Flowers