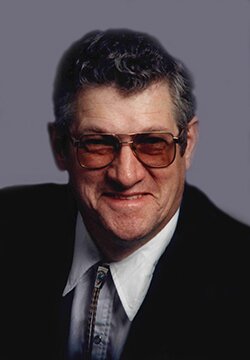 Please share a memory of Frank to include in a keepsake book for family and friends.
View Tribute Book
Frank Sidney Henley November 27, 1932 – November 23, 2022 After a 2 month stay in hospital, and a prognosis of only more of the same, Frank Henley, tired of taxiing up and down life’s runway, set his wings for a final take-off. On November 23, 2022, Dad lifted off from this life and soared into the blue skies of his next life and touched the face of God. Frank served in the Canadian Airforce as an Electrical Technician for 25 years, with postings in France, Comox, Chatham, Winnipeg, and Moose Jaw. As a civilian, he then performed the same tasks working for airlines in Calgary and Yellowknife. As a family, we moved a lot – but our therapists say we are doing just fine. Frank has left all of us with a remarkable example of what it is to volunteer and serve one’s community. Constantly and consistently, our dad volunteered in every place he ever lived. Whether at the Legion, Elks club, food banks, thrift stores or guarding at the RCMP detachment in Armstrong, he served any place he could keep his hands busy, his mind sharp and his stories flowing! Our dad was an incurable prankster and a consummate joke and storyteller… and we think most of them were even true! Many a conversation, be it at the Legion, the grocery store, or a town sidewalk, began with his words, “Hey, did I ever tell you about the time…”. Our dad was bigger than life in his story telling, and he loved to push buttons and gleefully cherish the reactions. The last season of Frank’s life was at Seasons Retirement Community, where he moved from Sundre to Drayton Valley, in February of 2022. He went in kicking and screaming, but quickly discovered it was a great place to be. The staff and fellow residents loved him and his stories and jokes, as he made friends there quickly – just as he always did. Frank leaves to treasure his life and tell his stories (and our own) his children: Charles, Ken (Kathy), Dwayne (Trudy) and Cathy; his grandchildren: Sarah (Trevor), Alisa (Tyler), Nicole (Jordon) and Andrew; his step grandchildren: Daniel, Rachel (Morgan), and Andrew (Simone); his great grandchildren: Vann, Noah, Jaxon, Peyton, Philip, Hudson, Blakeley and one more on the way. Dad will also live on in the stories of his siblings: Ken, Patricia and David, his numerous extended family, and the long list of friends he made along the way. Frank was predeceased by his wife Janet, his son Gary, his parents Arthur and Ada, his brothers Angus and Peter and his sisters Helen and Phyllis. He was also predeceased by many friends he loved, including his fur-friends Duchess the cat and Dusty the dog. We will hold a celebration of Frank’s life on Sunday, December 4, at 3:00 pm at the Royal Canadian Legion #269, 5204 51 Avenue, Drayton Valley Alberta. This will be a tad more of a wake than a formal service, so dress is casual, a love for story telling is helpful and a spirit for fun is mandatory. Please come and help us celebrate Frank’s life as we raise a glass(es), shoot some pool and tell some tales. In keeping with his spirit of service and volunteerism, we would ask that in lieu of flowers (they only made him sneeze) please consider a donation in his name to the Royal Canadian Legion #269 or any branch of your choice. Condolences may be sent to www.affinityfuneralservice.ca Arrangements in care of Dwayne Henley at: Affinity Funeral Service 5001 – 45 Avenue, Drayton Valley, Alberta T7A 1L1 780.542.3338
To send flowers to the family or plant a tree in memory of Frank Henley, please visit Tribute Store
Sunday
4
December

Look inside to read what others have shared
Family and friends are coming together online to create a special keepsake. Every memory left on the online obituary will be automatically included in this book.
View Tribute Book
Share Your Memory of
Frank
Upload Your Memory View All Memories
Be the first to upload a memory!
Share A Memory
Send Flowers