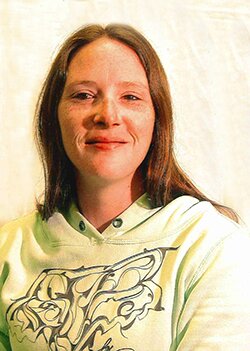 Please share a memory of Melissa to include in a keepsake book for family and friends.
View Tribute Book
Melissa Elizabeth Marie Clark (neé McKenzie) August 29, 1981 – December 13, 2022 Melissa Clark passed away unexpectedly on the evening of Tuesday, December 13, 2022 at the age of 41 years. She is survived by, and lovingly remembered by her children, Anthony Clark, Elizabeth Clark and Dakota Clark; mother, Debbie McKenzie; siblings, Allen (Joanne) Beach and Sheri (Trevor) Taylor; step-brothers, Donald McKenzie, Robert McKenzie and David McKenzie; nieces and nephews, Paige and Riley Taylor, Emma and Tyler Beach and Christina McKenzie and grandmother, Alice Threadgold. Melissa was predeceased by her son, James; father, Don; grandparents and numerous aunts and uncles. At this time, no formal funeral services will be taking place. For those who so desire, memorial contributions in Melissa’s name may be made directly to charity of one’s choice. Condolences may be sent to www.affinityfuneralservice.ca Arrangements in care of Joelle Valliere at: Affinity Funeral Service 5001 – 45 Avenue, Drayton Valley, Alberta T7A 1L1 780.542.3338
To send flowers to the family or plant a tree in memory of Melissa Clark (nee McKenzie), please visit Tribute Store
Online Memory & Photo Sharing Event
Online Event
About this Event

Look inside to read what others have shared
Family and friends are coming together online to create a special keepsake. Every memory left on the online obituary will be automatically included in this book.
View Tribute Book
Services for Melissa Clark (nee McKenzie)
There are no events scheduled. You can still show your support by sending flowers directly to the family, or planting a memorial tree in memory of Melissa Clark (nee McKenzie).
Visit the Tribute Store
Share Your Memory of
Melissa
Upload Your Memory View All Memories
Be the first to upload a memory!
Share A Memory
Send Flowers