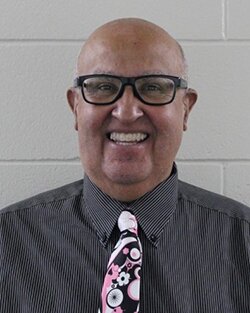 Please share a memory of Brian to include in a keepsake book for family and friends.
View Tribute Book
Brian Christopher Lionel Noad - Coach Brian July 13, 1959 – December 25, 2022 It is with profound sadness that we announce the passing of Brian Christopher Lionel Noad on December 25, 2022. Brian was born July 13, 1959, in Kingston, Jamaica and he moved to Canada with his family to Markham, Ontario, when he was 6 years old. He and his father found a love of hockey and Brian started his life embracing the sport. Once grown, Brian had numerous careers, however hockey was always in his blood. Brian moved to Alberta and in 2014 moved to Drayton Valley, Alberta. He became a huge community supporter and with his hockey contacts organized three different Alumni games to raise over $150,000.00 for charities of the town. Brian also volunteered alongside Mardi with the Rotary Club and Drayton Valley Community Foundation. Brian coached a multitude of Junior hockey teams and some went on to achieve great success. Brian’s hobbies were all to do with sports and his summers and vacations were filled with rounds of golf; he was also enjoying pickleball. Brian is survived by his two children who he was so very proud of, Nathan and Carly; his fiancé, Mardi Dancey and her son Justin; mother Cynthia Eileen (Morris); siblings, David, Sharon, Deborah, and Paul along with numerous nephews, nieces, cousins, aunts, and uncles. He was predeceased by his Father William Austin Phillip Noad, grandparents Esric and Kathleen Morris, Lina and Austin Noad. A celebration of Brian’s life will be held at the Drayton Valley Royal Canadian Legion, Branch #269 on Monday January 16, 2023, at 4:00 p.m. In lieu of flowers, memorial donations in Brian’s name can be made directly to the Kidney Foundation of Canada by visiting: https://kidney.ca/Get-Involved/Make-a-Gift/In-Memory-Tribute-Donations Condolences may be sent to www.affinityfuneralservice.ca Arrangements in care of Dwayne Henley at: Affinity Funeral Service 5001 – 45 Avenue, Drayton Valley, Alberta T7A 1L1 780.542.3338
To send flowers to the family or plant a tree in memory of Brian Noad, please visit Tribute Store
Monday
16
January

Look inside to read what others have shared
Family and friends are coming together online to create a special keepsake. Every memory left on the online obituary will be automatically included in this book.
View Tribute Book
Share Your Memory of
Brian
Upload Your Memory View All Memories
Be the first to upload a memory!
Share A Memory
Send Flowers