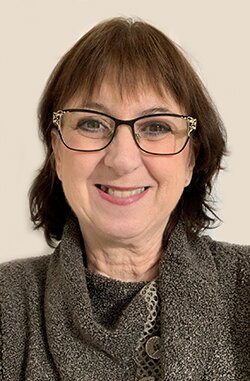 Please share a memory of Lorna to include in a keepsake book for family and friends.
View Tribute Book
Lorna Irene Pearson-Hoofd May 29, 1963-December 28, 2022 It is with broken hearts that we announce the passing of Lorna Irene Pearson-Hoofd during the early hours of Wednesday, December 28, 2022 at Drayton Valley Hospital and Care Centre at the age of 59 years. Lorna was born May 29, 1963 to Lorne and Marlene Pearson in the Wainwright Hospital, where they resided until 1965 when they moved to her Great Grandma Linburg’s house on the Pearson family farm. In 1968 the family moved to Metiskow where Lorna went to Sunday school then primary grades 1-8 in the two-room school. Lorna played on the Metiskow ladies hockey team as well as softball. In 1980 the family moved to Camrose, but Lorna stayed behind with Grandparents Aleck and Honor to complete her last month of grade twelve, she had accrued enough credits to graduate by the end of the 1st semester of grade twelve. After finishing her studies, Lorna moved to the family home in Camrose where she quickly gained employment at the Dairy Queen where she worked until the fall when she moved to Red Deer and on to studies at RDC. She received her ECS and after completion Lorna had the opportunity to go to Australia through the IAEA program where she would work at a station (Australian Ranch) for 5 months and have 1 month to travel. Upon her return she gained employment at Burgess school for disabled children where she worked until 1990. Lorna then moved to Edmonton and worked as a teacher’s aide at Bonnydoon High School and that’s where she met the love of her life, Ron. They had their first child, Pearce in April 1994 and were married a few months later on August 20, 1994. Shortly after they moved to Spruce Grove, AB and in August 1996 their first daughter Marissa was born. The family moved to Millet, AB and Lorna opened a day home in their house and their youngest Cassidy was born soon after in April 1999. In 2002 they moved to Drayton Valley, AB where she continued living her dream of being a stay-at-home mom until all 3 kids were in full time school. She then joined the substitute teacher’s aide list and enjoyed working in all the schools. She then started her career at McMann youth and family services as the Parent Link Centre coordinator and loved working with the parents and kids. In 2019 Lorna had a double lung transplant and was a proud transplant survivor. She was an inspiration to all her family and friends and always treasured those relationships. Lorna became a grandma in 2019 and her grandchildren were the light of her life. Lorna is survived by her husband Ron Hoofd; children Pearce (Chelsea) Hoofd, Marissa (Houston) Paulson, Cassidy (Colton) Hoofd; grandchildren William, Isaac, RyeLynn, Maya and Grayson; brother Rob Pearson; as well as numerous nieces, nephews and loved ones. Lorna was predeceased by her parents Lorne and Marlene Pearson; brother Steven Pearson; in-laws Ina and Wally Kapeluch. With keeping with Lorna's wishes, a formal funeral service will not be held. Condolences may be sent to www.affinityfuneralservice.ca Arrangements in care of Joelle Valliere at: Affinity Funeral Service 5001 – 45 Avenue, Drayton Valley, Alberta T7A 1L1 780.542.3338
To send flowers to the family or plant a tree in memory of Lorna Pearson-Hoofd, please visit Tribute Store
Online Memory & Photo Sharing Event
Online Event
About this Event

Look inside to read what others have shared
Family and friends are coming together online to create a special keepsake. Every memory left on the online obituary will be automatically included in this book.
View Tribute Book
Services for Lorna Pearson-Hoofd
There are no events scheduled. You can still show your support by sending flowers directly to the family, or planting a memorial tree in memory of Lorna Pearson-Hoofd.
Visit the Tribute Store
Share Your Memory of
Lorna
Upload Your Memory View All Memories
Be the first to upload a memory!
Share A Memory
Send Flowers